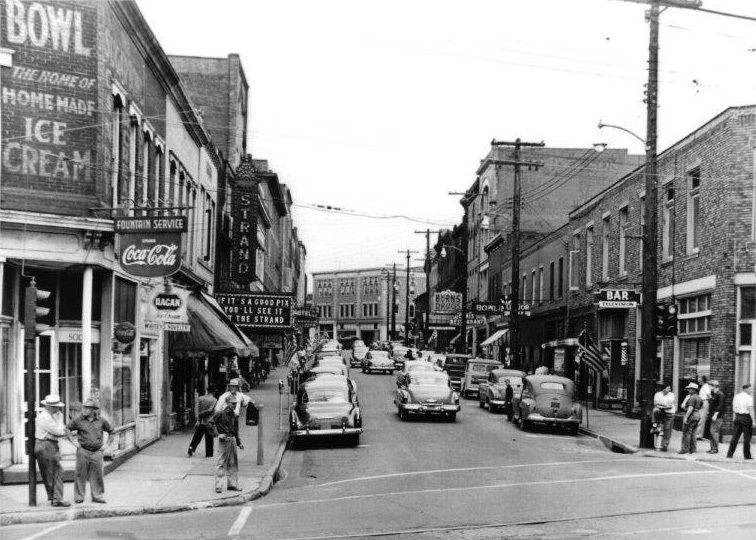 Here is a popular picture of Pittsburgh Street looking West from Broadway circa 1952.  The buildings on the right side, to the center are unrecognizable today.  The center building was the original Parker Department Store, which became the McCrory's 5 and 10 in this image, and was lost to fire. The McCrory's location is now the Family Dollar.  The building to the front right was the Scottdale House, which was originally was built around 1900 as a four story hotel, it was lost to fire in 1926.  The two story building replaced the original structure. Today that spot is the standard savings and Loan.  The many store fronts in between housed Murphy's Furniture, Burns Drug, Kroff's Jewelers, and more. Those buildings were razed circa 1970 for the planned "mall project".  The home of Homemade Ice cream front left corner; Whitney's Novelty is now Carson's Restaurant.

The Historical society is looking for the answer to the following question; "When did Pittsburgh Street become a one way street for vehicle traffic?  This question has been ask many times and we need your help in finding the answer.  Please submit any information to louckshouse527@gmail.com.