The historical society thanks Dave Moore for this history and image.

In 1886, the first piece of equipment purchased by the borough; was a hand drawn chemical wagon. The two wheeled hand drawn cart and buckets were the town's only fire protection until 1890.  Fire hydrants were installed in the borough in 1890, and hose carts.  In 1894 a ladder wagon was added to the 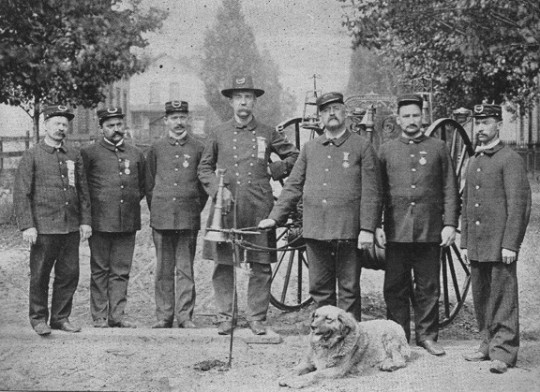 Here is an image from the fire department's current Facebook page. This picture featuring members and equipment was taken at the departmen's social hall.

Several fires of considerable magnitude occurred in 1895, and the community felt some type of organization was needed to protect Scottdale.

In April of 1886 a meeting was held in the Opera House, but nothing was accomplished until July 8, 1886. W.N.Porter was previously chosen chief, announced the following appointments: Robert Garret and J.P Owens, captains. John L. Dick, chief, James A. Fee and John A. Ray, lieutenants. And the department had one hand drawn chemical fire wagon.

Shortly thereafter another wagon was purchased, and in 1890 the department added four hose carts, and a hook and ladder truck (wagon). The first fire signals (alarms) were the whistle for the rolling mill, Charlotte furnace, or by chance steam locomotive at the train station.

By 1899, Scottdale was known as one of the best-equipped volunteer fire departments in the state. The membership was 82 and all were uniformed. 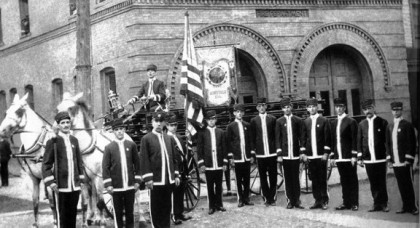 Scottdale Fire Department (left) with officers and volunteer firefighters with their horse-drawn fire wagon, circa 1905. The fire station was located at the corner of Graft and Everson streets.  That location is now the back of the Rite Aid building facing the gazebo. 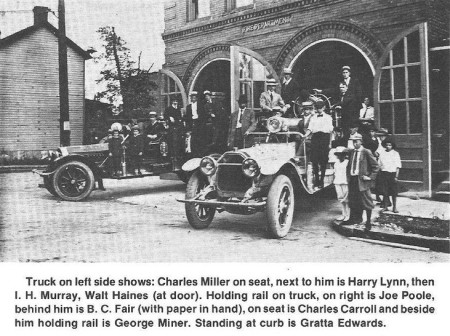 This 1916 image shows the transition from hand drawn wagons to motorized equipment.  The two Peerless chemical and hose trucks were purchased by the borough for $2,500.00.

That equipment was placed at the Central Station for companies 1 and 3 to use.

Here is an image of the Fourth Ward fire department on the corner of Broadway and Fifth Avenue. The 1921 image shows the station's original wooden swinging doors for the truck bay.  The lawn also shows two well manicured plantings.  Notice the rotunda flower bed to the left.  This mirrored the round rotunda flower bed at the train station on the corner of Broadway and Pittsburgh Street. Second, take note to the raised planting bed of hedges that spell out the Hose Co. 4. Image courtesy of the Scottdale Fire Department. 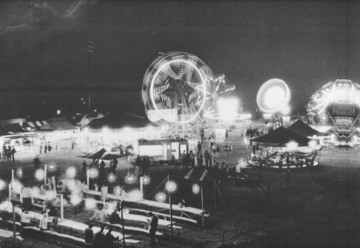 The Scottdale Fireman's Fair has been a community event for many decades. This circa 1955 image shows a night view of the fair held on the football field of the then Scottdale High School located on South Chestnut street. 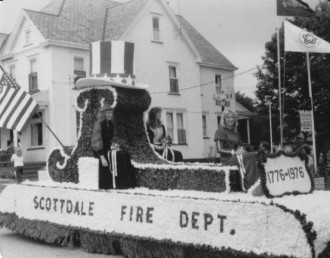 Here is the Scottdale Volunteer Fire Department float celebrating our country's bicentennial in 1976.

The Central Fire Station on Pittsburgh Street, was dedicated on Friday, Aug. 31, 1973.