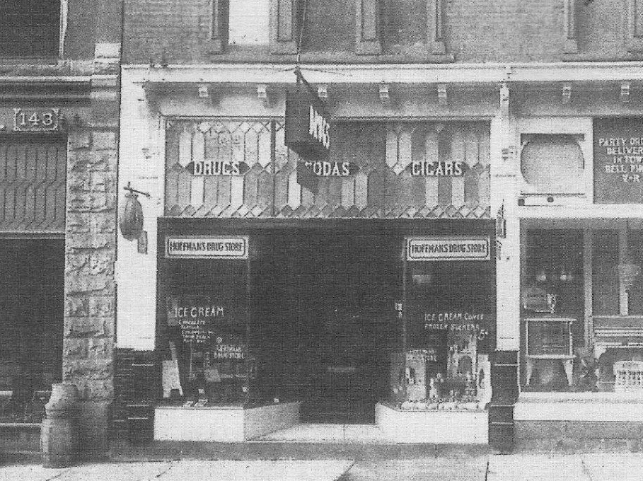 During the 1920's, Floyd Hoffman owned three drug stores in Scottdale. Floyd purchased this store at that time and called it Hoffman's Drug Store.  The store offered more than medical needs. Residents could purchase sodas, cigars, or an ice cream cone for five cents. By 1962 Floyd was ready to retire, and his son George took over the business.  Hoffman's remained in that building until 1969.  When the opportunity to enlarge the store became available, George moved to the current Scottdale Pharmacy location.

The store in this photo with the leaded glass transom is still recognizable today as the architectural treasure of Foxes Pizza.

We invite you to email your photos and stories of Hoffman's Drug Store with us, so we may continue to expand this listing!