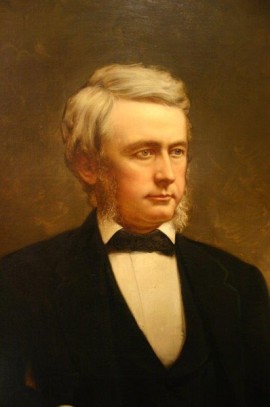 Scottdale celebrates our 140 year anniversary; incorporated in February 1874.  Our borough’s roots were started in a town known as Fountain Mills.  Much of the following information is from the 25th Anniversary souvenir book published in 1899.

Situated on the banks of the Jacob’s Creek, 48 miles from Pittsburgh is the borough of Scottdale.  Jacob’s Creek is a small stream rising in Chestnut Ridge, about ten miles east of here, and empties into the Youghiogheny River at a point called Jacob’s Creek, 10 miles west.  Scottdale is strictly a mining and manufacturing town and up to date has had a good, healthy growth.  As a result every dollar invested in real estate or otherwise has yielded a handsome return.

The first settlers to locate in or about Scottdale were of Scotch-Irish extraction from the Eastern and northern counties of the state who were sturdy Farmers, having been attracted by the rich fertility of the soil.  In 1800 a heavy emigration of German and Mennonites came.  Many of them located near here, but the majority pushed farther south locating between Pennsville and Connellsville, building a church and laying out a cemetery at Pennsville, known as Menice church.

In 1786, John Sterrett, who resided in Chester County, started out for Kentucky where he intended joining Daniel Boone, but on reaching a village (now Mount Pleasant) found himself snow-bound.  By spring, he was pleased with the surrounding area and gave up his Kentucky venture and pitch his tent in Westmoreland County.  Sterret took up a tract of 360 acres located south of town.  On Daniel Boone’s second trip through the area to Kentucky, he spent time here with his kinsmen the Sterrets.

In 1800 Peter Loucks; Grandfather to Jacob S. and Peter S. Loucks, came to the area with the Overholt caravan and settled in Fayette County across the Jacob’s Creek near Scottdale.  In 1801 Peter purchased 80 acres in Fountain Mills (now Scottdale) from Mr. Galloway.  Two years later he purchased another 160 acres. This tract of land is now in the borough limits.

The Peter Loucks farm was bequeathed to his fifth born, Martin Loucks.  Martin built the Loucks Homestead circa 1835 located on North Chestnut Street.  In 1870 the homestead was bequeathed to two of Martin’s sons.  The land south of Pittsburgh Street (then a road) was owned by Jacob S. and north was Peter s. Loucks.  The Sterrets preceded the Loucks to this section, but the Loucks family was the real founders of the town.

The Baltimore and Ohio Railway were completed to Mount Pleasant in 1871, tapping a territory of immense wealth and great possibilities.  At that time a first class iron ore was discovered beneath the hills of Chestnut Ridge and the eyes of capitalists were turned in this direction.

In 1872 the firm of Everson, Macrum and Co. was formed.  They purchased the W.A. Keifer Old Fountain Mill and Distillery, which included 35 acres for $13,000.  They also purchased 11 acres from Peter S. Loucks and 18 acres from Jacob S. Loucks and erected the Charlotte Furnace and rolling mill.  The rolling mill was put into operation in May, 1873.

During a session of the Court of Westmoreland County, a petition of citizens of East Huntingdon Township was presented, praying for the organization of a borough in the vicinity of that portion of the township known as Fountain Mills.  By the affidavit of Robert Foster and P.J. Herrington it was set forth that the petition was signed by a majority of the inhabitants of the proposed borough of Scottdale.  By the order of the court of February 5, 1874, the prayer of the petitioners was granted and the borough was in incorporated.

The borough was named Scottdale in honor of Col. Thomas A. Scott, who was assistant secretary of war during the Civil War and later president of the Pennsylvania Railroad when it opened its Scottdale branch in the spring of 1873.  Congressman G. F. Huff took great interest in the naming of the newly made town, and it is said that it was his efforts that the town received it name.

By 1900; Scottdale was the largest manufacturing town in Westmoreland County, and the center of the great Connellsville coke region, which gives employment to over 20,000 men.  Within sight of Scottdale are, 3,000 coke ovens studding the hills and presenting the appearance of a vast torch-light procession.  At this same time there were 18,000 coke ovens in the region, producing over 40,000 cars of coke monthly. The importance of the railway was a major factor in our town’s growth some of the business’s that relied on the Pennsylvania railroad as their life line were: The National Foundry and Pipe works, the two rolling mills, Scottdale Iron and Steel Limited and the Old meadow Rolling Mill, Kenny and Co.’s machine shops, H.C. Frick Car shops, Charolotte Furnace, and Scottdale department of the Pittsburgh Brewing Co.

Submitted by the Scottdale Historical Society